This is a new rule that I learned about at a recent meeting of the Social Security Disability Committee at the Columbus Bar Association. The handout I received was eleven pages long, with three columns of tiny print on each page. Reading all of it was probably not the best way I could think of to have passed the time (and maybe not the best thing for my eyesight), but here’s the gist of the rule: evidence or written arguments for a hearing before an administrative law judge (ALJ) need to be submitted to the claim file no later than five business days before the hearing.

Social Security’s full title for the new rule is “Ensuring Program Uniformity at the Hearing and Appeals Council Levels of the Administrative Review Process.” (I might have called it “The Five Day Rule,” but a rose by any other name is still a rose… sorry). Basically, the idea is that everything should be uniform; everyone involved in the administrative review process should be playing by the same set of rules. 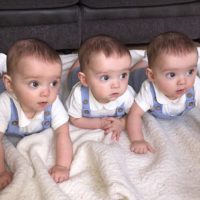 There are some “Good Cause” exceptions (or excuses) to the Five Day Rule. So, even if it’s now less than five business days before the hearing, or maybe it’s even the day of the hearing, the new evidence will be received and considered if the delay in submitting it was caused by: 1. Action of the Social Security Administration that misled the claimant; 2. A physical, mental, educational or linguistic limitation prevented the timely submission of the evidence; or 3. Some other unusual, unexpected or unavoidable circumstance beyond the claimant’s control prevented the timely submission of the evidence (something along the lines of a serious illness or damage caused by fire… not something along the lines of “My dog ate my homework”).

Basically, my take-away from this new rule, which becomes effective on January 17, 2017 (although compliance is not required until May 1, 2017) is “Don’t procrastinate – get the medical records in, and get them filed!” (“Don’t procrastinate”… I think I’ve been hearing that my whole life!). Thanks for reading.